Stonehenge, or a Post Seemingly Not at All Related to JA

Yes, I know that this blog is supposed to be about MK and JA, as the title explains, but sometimes on this trip MK does something totally unrelated to JA. My husband and I decided to take a trip to Stonehenge on Sunday. While I visited the greatest henge of all ten years ago, Adam had yet to see it (as he had never been to England until two weeks ago).

It was a lovely morning–warm and sunny–and with this marvel only an hour away, we set out early to avoid the hordes of visitors. Here’s a small sample of our photo album: 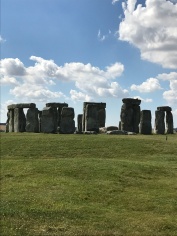 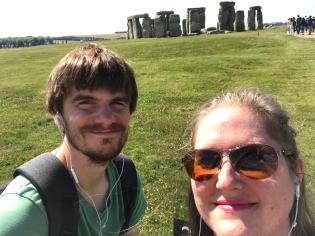 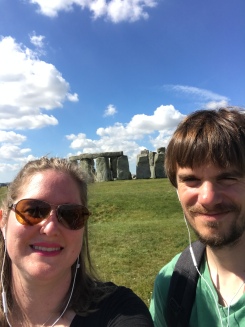 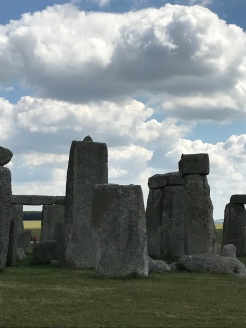 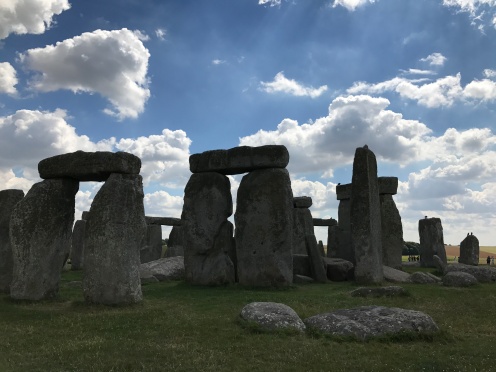 Like I said, a small sample. When you visit Stonehenge you cannot help but take a plethora of pictures. This site is awe-inspiring, marvelous, and mysterious.

Well, it’s not that mysterious, for there is an informative exhibit at the visitor centre that explains a lot about the design, the rocks, and the site’s history. What’s the purpose of Stonehenge, the famous comic duo Ylvis asks? Is it a giant granite birthday cake? A prison far too easy to escape? What’s the deal with Stonehenge? Read on to find out more.

As I walked around the site, I had to ask myself, could Jane Austen have even heard about Stonehenge? Well, it was possible, for Stonehenge was documented by seventeenth- and eighteenth-century antiquaries, including John Aubrey William Stukeley. However, JA was not reading the writings of men who probably sounded a little crazy. No, she was reading eighteenth-century literary marvels, such as Ann Radcliffe’s gothic novels. Well, maybe JA should have read up on this great henge. She could have learned something old….I mean new….No, old. Oh, you get the point. Maybe I should write some fan-fic called Jane Austen at Stonehenge? Hmm, maybe I will. 😛