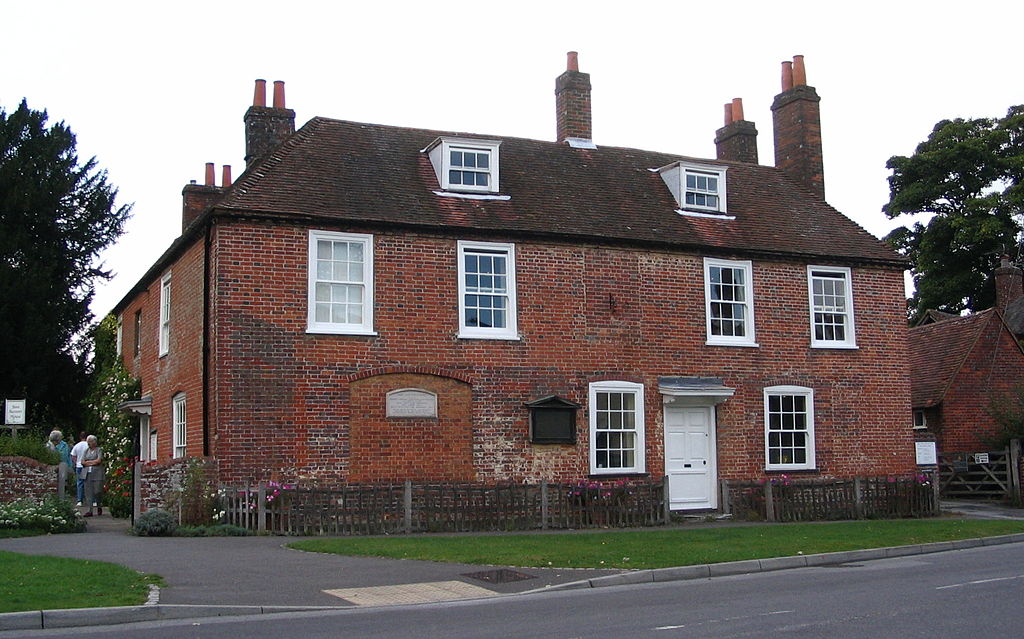 Yesterday I made my first official trip to Jane Austen’s House Museum (JAHM). From 1809-1817, Austen lived with her mother and sister in a Chawton cottage that is now known as Jane Austen’s House Museum. She revised Sense and Sensibility and Pride and Prejudice while living in Chawton, and she wrote Mansfield Park, Emma, Persuasion, and Sanditon (an incomplete novel, cast aside due to illness) there, too. Chawton was the home of the adult Austen, “a Lady” who would publish four successful novels without much personal acclaim.

Where did Austen revise, draft, and read her work? According to the museum curator, the table shown above served as her desk. After Austen’s death the table was actually given to a footman. Luckily, someone eventually returned it!

Yesterday I met JAHM’s delightful staff members and volunteers, and I am excited to work with all of them. (Can you believe that my first meeting included a nice lunch–a BLT with British bacon–yum, rose lemonade, and chocolate ice cream!) I have the good fortune to be volunteering weekly as a steward at this museum. When I wandered around the 41 Objects exhibit yesterday, I was delighted to see so many items belonging to the Austen family–a few of them definitely used by Jane! Next week I will begin my sojourn at the JAHM by talking to visitors, keeping track of how many people enter and exit, and perhaps even opening or closing the house.

Being in this house is utterly delightful. It is bright and airy. The rooms are cozy, like Barton Cottage. I felt a sense of joy as I perused the rooms, kitchen, and grounds. I can imagine writing a great deal in this house!